THE EMERGING IMPORTANCE
OF SPACE LAW

This event is being conducted as a webinar.

This course covers how space law is evolving to become an in-demand area of expertise for nations as well as corporations that seek to exploit the increasingly profitable industries associated with space.

Surprisingly, Singapore has a robust and growing space industry already comprising 30 companies employing over a 1000 individuals. Moreover, given its proximity to the equator, its advanced and mature industries and other capabilities, Singapore it is an optimal future launch site for rockets that could be especially supported by its strong maritime industries.

Since 2013, Singapore has had a national space office and multimillion dollar satellite development fund designed to promote innovation in satellite technology. Academically, there are a number of institutes that are pushing innovation in the area of satellites.

Its relatively nascent stage notwithstanding, it is likely that space will be an important part of the future of Singapore, similar to its increasing commercial importance internationally As such, there is agrowing need to appreciate the various aspects of space law relevant to Singapore, especially universal areas of importance such as space debris mitigation and satellite licensing.

This event is being conducted as a webinar. 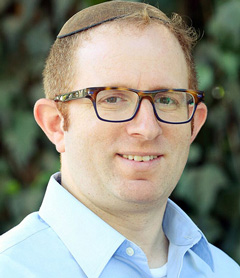 Professor Dov Greenbaum teaches law at the Interdisciplinary Center Herzliya, a private university in Israel. He is also the Director of the Zvi Meitar Institute for Legal Implications of Emerging Technologies. Concurrently, he is also a researcher in the department of Molecular Biophysics and Biochemistry at Yale University. Prof. Greenbaum has degrees and post-doctoral fellowships from Yeshiva University, Yale University, University of California, Berkeley, ETH Zurich and Stanford University.

In addition to his academic affiliation and training, he is also an intellectual property attorney (California & USPTO), with experience in the fields of biopharmaceutical litigation, and Hi-Tech patent drafting and prosecution, including drafting in the fields of robotics, software, computer hardware and defense.

In addition to his lecturing abroad, Professor Greenbaum has also taught a number of courses at Singapore Management University.

Participants who wish to obtain CPD Points are reminded that they must comply strictly with the Attendance Policy set out in the CPD Guidelines. For this activity, this includes logging in at the start of the webinar and logging out at the conclusion of the webinar in the manner required by the organiser, and not being absent from each day of the entire activity for more than 15 minutes. Participants who do not comply with the Attendance Policy on any particular day of the activity will not be able to obtain CPD Points for that day. Please refer to http://www.sileCPDcentre.sg for more information.

APPLICATION BY E-MAIL TO: buci.chan@sorbonne-assas-ils.org