Come and join us for a presentation on the Cultural Quotient with Mrs Véronique Helft-Malz who will share about her researches.

Cultural Quotient [CQ] or Cultural Intelligence can be understood as the ability to relate and work effectively across cultures. The main focus will be the specificities of Asian culture and values. Indeed, adapting to the demands of multiculturalism helps avoid often-encountered pitfalls.

Cultural Quotient is the term used in academic research, in business, and in education. Originally CQ was developed through a research carried out by Soon Ang and Linn Van Dyne as the means for measuring and predicting the intercultural performance. According to Ang and Van Dyme, cultural intelligence can be defined as the ability of a person to adapt and the way it interacts with others of different cultural regions and how to change certain behavioral aspects of motivation and cultural metacognitives. Cultural Quotient is measured on a scale similar to the one used to assess the Intelligence Quotient of an individual. People with the highest CQ are considered more able to blend successfully in any environment. 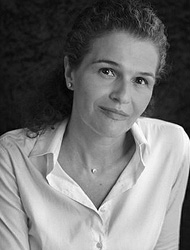 The thesis topic is the presence of female politicians within the French political life – An Analysis of the collective representations of women vs.Â reality.

She has been, for over 15 years, lecturing, teaching and consulting in leading universities, schools of journalism and private institutions, primarily in political communication in Paris. Her field of research is in theÂ area of Corporate and Public Communication Strategies, Critical Analysis of Media Press Releases andÂ Crisis Communication Policies (University of Sorbonne, ISFJ and EICAR Schools of Journalism).

Registrations are free and open until 1st December.
For enquiries and to register, please contact Claire Saint-Jean
csj@sorbonne-assas-ils.org